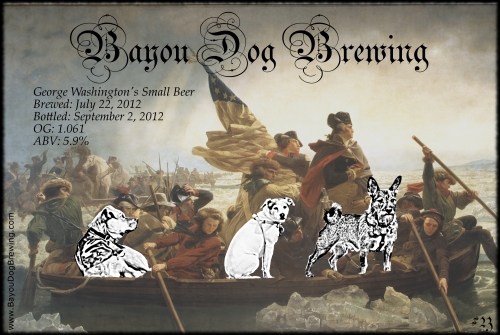 It’s no secret that George Washington brewed beer, but it wasn’t until a few years ago that one of his beer recipes was uncovered. 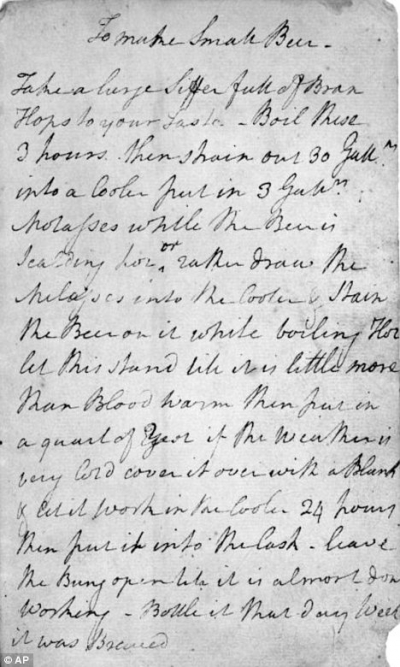 While much of the recipe is pretty straight forward, there are certainly some things that are quite confusing…specifically the measurement of a “large sifter”. However, there is a good (and convincing) discussion on Home Brew Talk about this recipe.

Most people end up converting this recipe to as modern a version as they can, especially when it comes to taste. From what I gathered, it ends up being 60% molasses, and 40% 6-row barley. Today, if someone put more than 10% molasses into a recipe, they’d probably get a sideways glance. (And 10% is probably a bit too generous, it may be closer to 5%.) However, for our first iteration at this recipe, we wanted to see how close to genuine we could make it; which, as it turns out, makes it very easy to make. This allowed us to make the beer up in Michigan (on “the bayou”), and over a fire.

Ed came up with a nice aluminum brewing rack that could be placed over a fire. 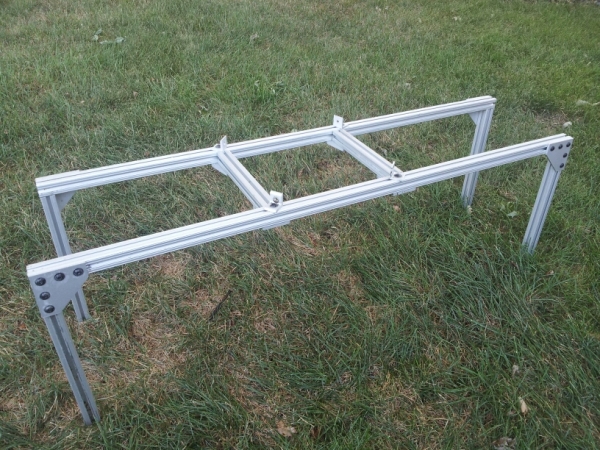 Brewing over a campfire is pretty fun, but I certainly learned a bit for if we try that again.
First was time. I was scared of the initial 3 hr boil, and thought we were going to end up evaporating more liquid that we wanted to, so I upped the initial volume…too much. Our total boil time ended up being closer to 5 hrs to get us down the appropriate volume.

Then, SMOKE! And I don’t mean in the eyes…that’s a given. I’m talking about the flavor it imparts to the beer. When I sampled this on bottling day, the initial taste (way before the obvious molasses flavor) was smoke. Personally, I don’t care too much for smoked beers, but I know that some people love them. I find them a bit overpowering, but I’m sure that if paired appropriately with smoked or barbecued foods, they could be quite nice. So if we decide to brew over fire in the future, we better not be planning a lighter beer like a pilsner or pale, but rather it should be something like a porter. 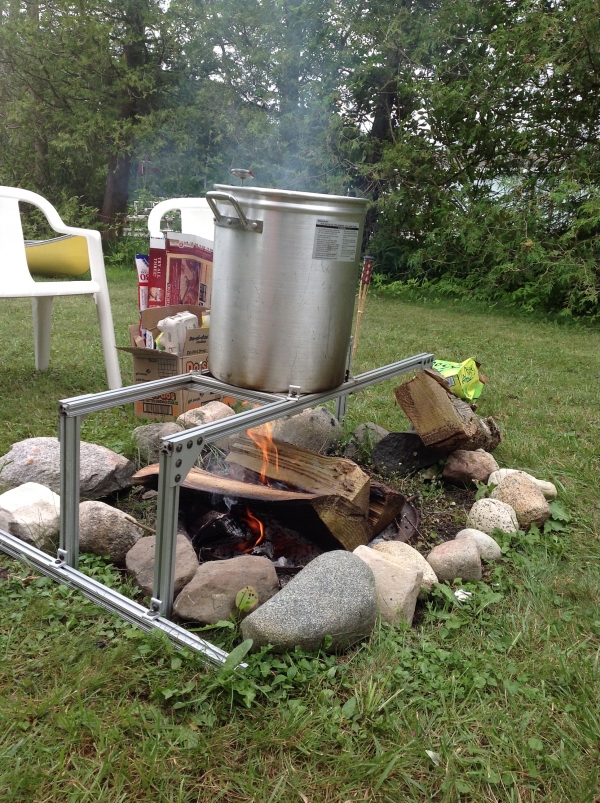 We added toasted French oak chips to the fermentation vessel, since, as Ed pointed out, that’s more in line with what it would have been fermenting in back then. They sure weren’t using a Better Bottle made out of PET, like we did.